There was lots of media coverage in 2017 about the export of greyhounds to China, and we are ask many times if this is true. Sadly we have to confirm that it is and it is one of the industries dirty little secrets. Many greyhounds including local greyhounds who have raced at Sittingbourne, Wimbledon, Brighton and Romford are ending up in China. All those associated with the tracks will deny this happens . But the dogs listed below are just some of the ones who exported.

From racing in the home counties to live in China.

These happy pictures are of the owners and trainers when money has been won.  This is the image the industry likes you to keep in mind.  At some stage after the photo was taken, the smile is gone and the dog is exported to a life of hell.

If the owner loved the dog they simply would not allow him or her to be exported to a life in China or Pakistan.  Countries where there are no welfare laws.  The dog you watched race at Sittingbourne, Romford, Wimbledon, Hove & Brighton or any of the other UK or Irish tracks could be rehomed or now the reality is that he could end up being boiled alive in China for human consumption.

With the arrival of Covid 19, in March 2020 the subject of Chinese live animal markets is once again  brought to our attention.  You may have seen the dog meat lorries arriving at the markets in the press.  On the lorries are Greyhounds who have raced in the UK and Ireland.

There is no regulation in China for the racing dogs.

So for all the pro racers and worse – the sit on the fencers – who say all the dogs are happily retired and there are no problems – this is what happens: The dog you watched race at the local track maybe now in China. There are no welfare laws to protect him.  There is no rehoming programme in China. The greyhound was fast tracked to a life of hell and then probably a painful death. Because of greed!  (With puppy production inbetween – ensuring lots more dogs suffer)

Purely for your enjoyment – this dog is living a life of hell .  There is no sitting on the fence anymore. If you turn a blindeye or refuse to accept what is happening then you are as guilty as the abusers.

These dogs all raced locally. What has been exposed in the press may happen to them and lots more like them.  The dogs deserve so much better.

A full list of the dogs traced so far can be found at http://www.cagednw.co.uk/chinaexports.html

Also known as DROOPYS GIOVANNI this beautiful black male greyhound was set to make a colossal amount of money for his owners. This dog couldn’t do no wrong until he fell at the third bend at Wimbledon and smashed both his front legs. His owners knew Giovanni could still make money from stud and he sired 143 offspring in Ireland. Clearly not enough money was made out of Giovanni to which an offer from China couldn’t be refused.  Giovanni went out to the Jinghai district, Tianjin, China 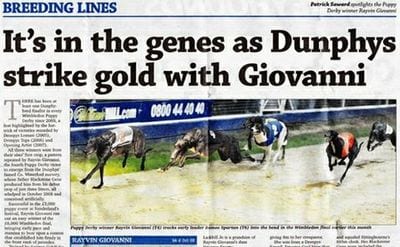 Beautiful black greyhound Exocet was shown off after winning the Kent Derby, greyhound of the month 2013. He was night of the stars winner and featured in many newspaper sports pages. You expect that a champ like Exocet would receive the most loving family and sofa after giving so much. But his owners had other plans and wanted Exocet to keep bringing the money in, by using him for stud. Exocet is a perfect example of how the racing industry squeeze every last penny out of the dogs and now the once talked champion has found his way inside the Nandong breeding industry in mainland China.

Some of Exocets offspring can be seen in the pictures below and one girl gave birth to 15 pups! 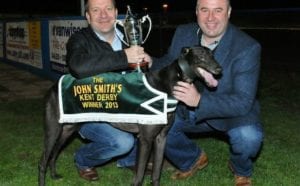 Blue boy Farley Blitz will have already been exhausted after being transported from country to country. This lad was raced in Ireland, Scotland & England and very sadly has now been shipped off to Jinan. Which is the capital of China’s Shandong Province. Regardless of how much Farley Blitz tried, his owners never thought twice about selling him to the Chinese breeders. 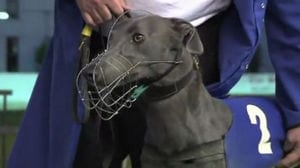 Farloe Warhawk, the greyhound that could do no wrong. From a puppy, this dog started earning good money for his owners winning 25 out of his 36 races.  Farloe Warhawk spent his last race at Belle Vue greyhound track the very place that started greyhound racing 90 years previous. This superstar dog is now in mainland China in the Shandong Province. 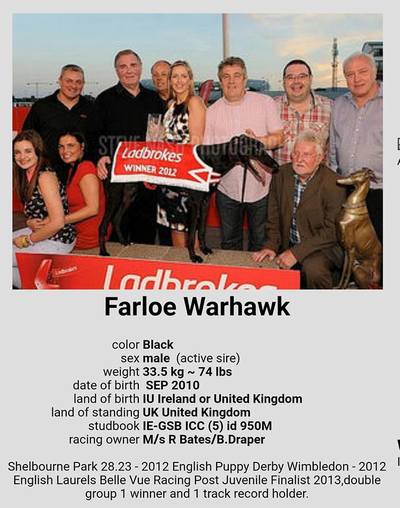 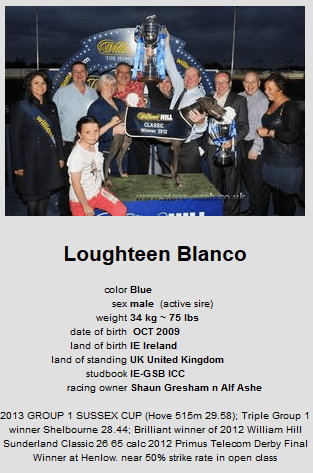 Mill Bling Bling is proof of how callous the racing industry is. This beautiful black greyhound won some of the biggest races in both England and Ireland, yet for the right amount of money his life means nothing. How anyone who knew this dog could still be part of the industry after learning that his owner exported him to the most harshest country in the world for any dog to be sent to, is beyond us. Mill Bling Bling is now living his extremely exploited life in the Shandong Province China 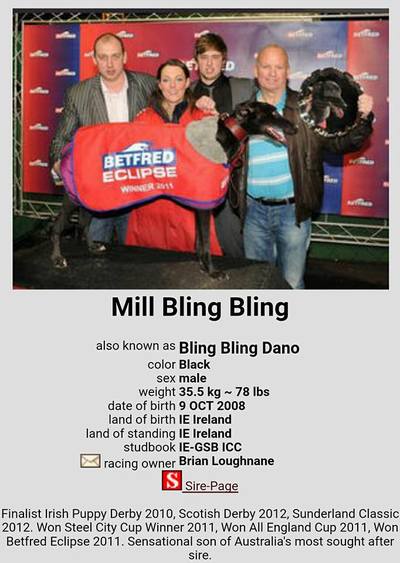 Pay Freeze was raced in the UK and won some big races especially at the Owlerton stadium in Sheffield, once finished with Pay Freeze was sold back to Ireland and his new owner decided to send this champ to mainland China specifically the city of Zhuozhou in the Hebei province. Pay Freeze is another example of a champion greyhound being sent to hell for dogs. 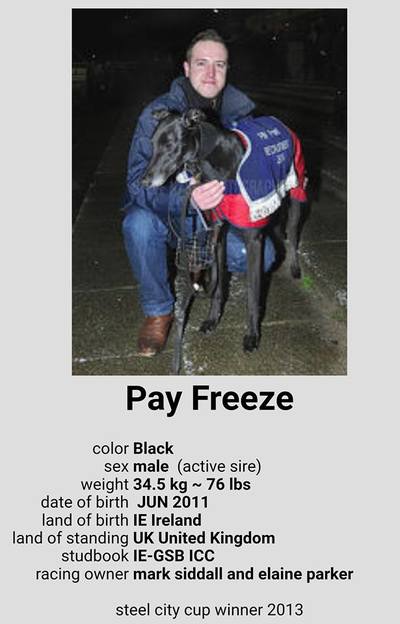 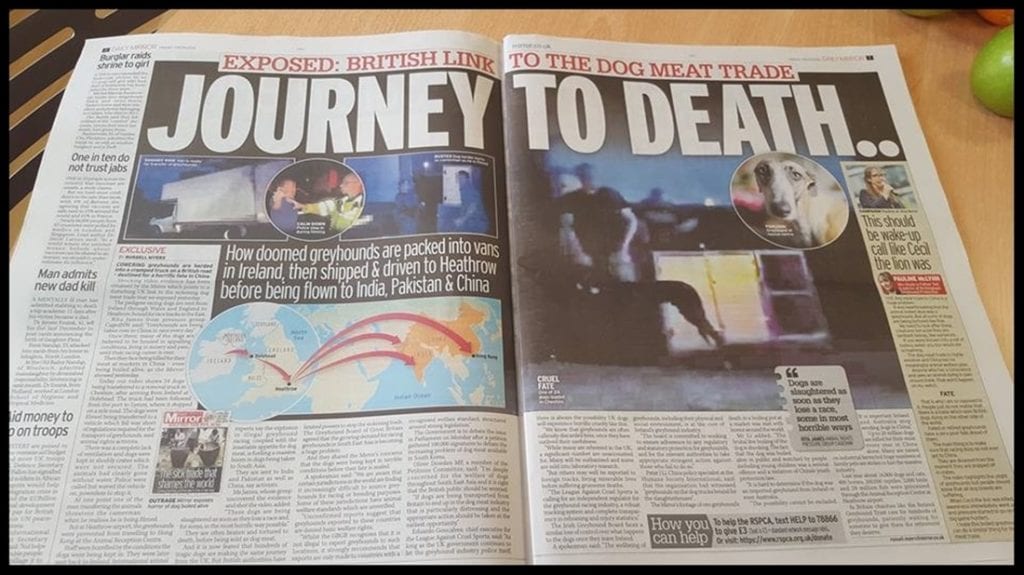 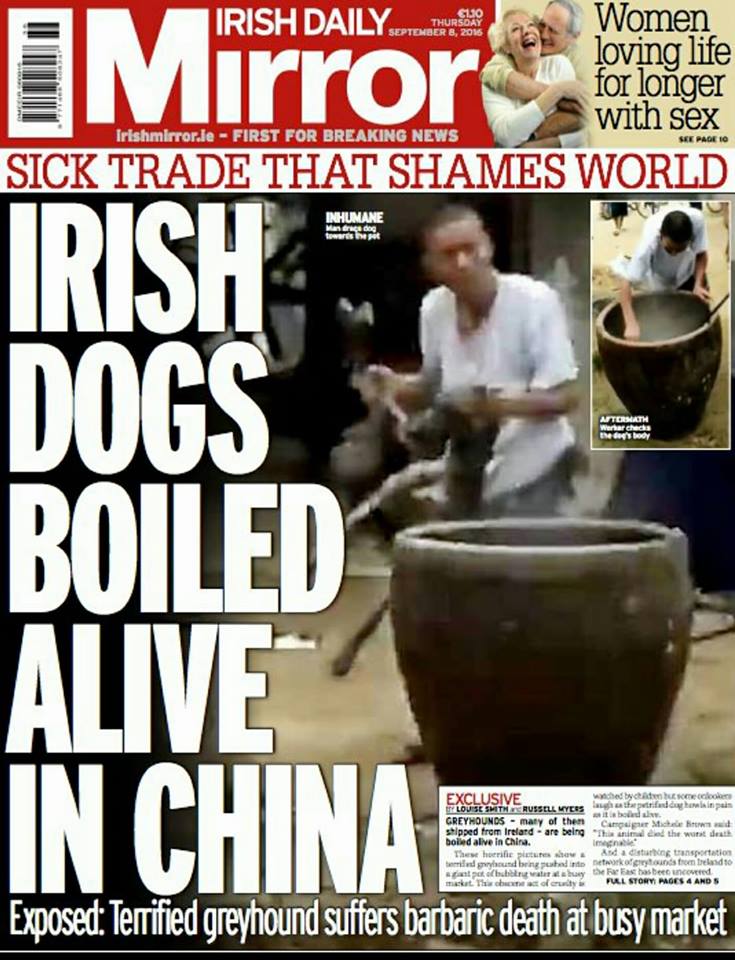 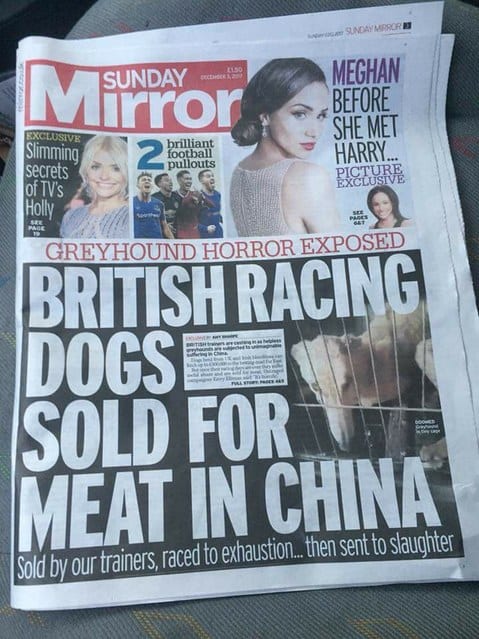 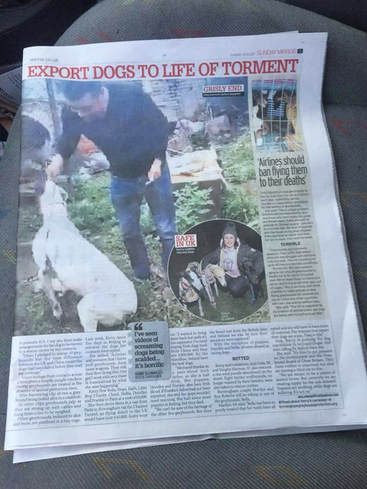 Have you looked at our other Health and Welfare information?

X
We use cookies to ensure that we give you the best experience on our website. If you continue to use this site we will assume that you are happy with it.Ok